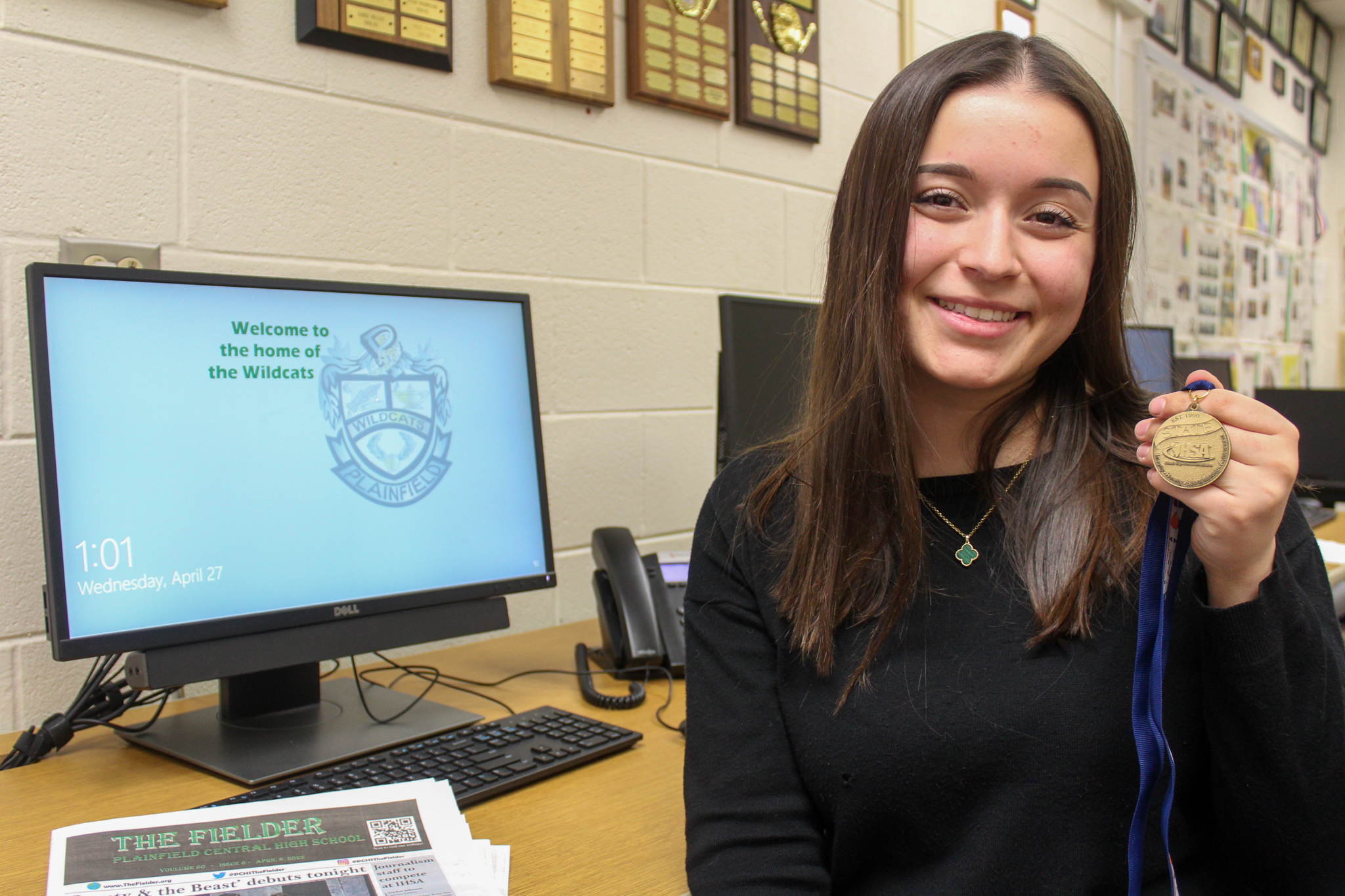 “I opened the webpage a few times and pressed view results 10 times before I told my family,” Nevzadi said.

Each state competitor created a video about an electric truck company, Nevzadi said.

Nevzadi always has been interested in video and cameras, she said.

She plans to attend Columbia College this fall and major in film.

“I am especially proud of Anesa because she was the only video news competitor at state who was competing solo,” Nieckula said.

Other teams had two or three members and used multiple cameras, she said.

“In spite of all the challenges she faced, she came out on top,” Nieckula said.

Nevzadi encouraged other students to not give up if they have a dream to compete at the state level.

“Don’t let anyone sway you, there is so much more that you can do,” Nevzadi said.

Other state finishers were: